Sophie Ellis-Bextor says she was rushed to hospital on Tuesday night after a bicycle accident in London.

The pop star posted a photo from A&E showing her head in bandages and a large abrasion on her left arm.

“I took a tumble from the tow path down to the side of the Thames on my bike,” she wrote in the caption. 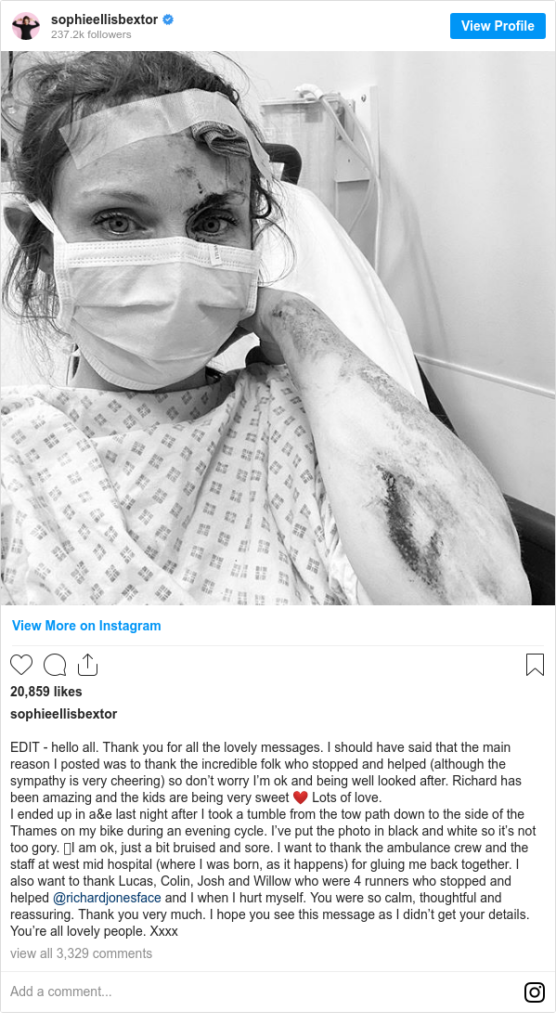 “I’ve put the photo in black and white so it’s not too gory,” she added, but reassured fans: “I am ok, just a bit bruised and sore.”

The singer was taken to West Middlesex Hospital in West London after the accident, and thanked the ambulance crew and staff “for gluing me back together”.

She also paid tribute to four runners who stopped to help her and her husband, Richard Jones, on the towpath.

“You were so calm, thoughtful and reassuring,” wrote the 41-year-old. “I hope you see this message as I didn’t get your details. You’re all lovely people.”