Residents in Stone & Coldharbour up in arms at HS2 roadworks 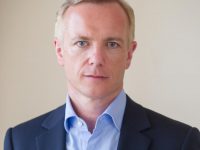 Due to the disruptive works taking place on the Oxford Road, a representative from SGN was also summoned to the meeting. During the meeting we impressed upon HS2 and their contractors the disruption this is causing to the local residents (and we used your feedback, many thanks for that, as direct quotes and experiences to them). We believe they understood the seriousness of our concerns and the disruptions caused and we are in the process of scheduling another emergency meeting with HS2 and their contractors for next week to follow up and (hopefully) get some resolutions.
We are aware that this is only the beginning of the HS2 works and more is to come. We raised the concern that there was no formal, timely prior notification of these works (we expected November) and asked them to investigate their own internal processes as to why this happened. We also asked about the notification of alternative routes. There seems to be blame shifting between HS2 and Buckinghamshire Council.
Unfortunately, the internal road that HS2 is planning on building (with access from Fleet Marston) is delayed by 1 to 2 years. Ironically due to the River Thame Flood Plain. This means that an extra 50 HGV’s per day will be using the Oxford Road (between 9am and 3pm) until it is constructed.
We raised the concerns about the animal relocation works and the posts/images that were shared on social media. The lead in the area is visiting on Monday to investigate personally. Cllr Poland-Goodyer raised the fact that this was promised to happen on August 26th in a meeting with Aylesbury Town Council when he mentioned this. Moving ahead, Cllr Sarah James will be our direct link to the ecologist working in our area. If you have wildlife concerns. Please contact Cllr James via FB messenger.
We are still chasing, and not being given, answers to the diversion of the river flows caused by the Wendover cutting. This has an impact on our Riverine defences (effectively swapping the water levels between the two). There is a concern that HS2 will put the plans and mitigation in BEFORE they know the potential impacts, which we raised as a ludicrous position to be in. We will continue to chase this up as Wendover Parish Council are also concerned due to their ponds and streams potentially drying up.
HS2 were also forced to admit (following pressure from the Chairman and other councillors) that there has been no traffic modelling on the impact of creating a signalised junction on the Oxford road to the rest of the traffic network in the area. We were dumbfounded by this admission and Cllr Cole will be seeking help from our local MP to follow this up!
The HS2 complaints line does work, as the complaints go to our local liaison (hence the summoning of SGN to last night’s meeting). If you have concerns or complaints. Please use it and we can then follow up during our (now) regular meetings.”
Stone Parish Council were just as angry saying that the amount of notice they received was woefully short and that the amount of traffic along the A418 was quickly becoming unmanageable.
Local MP Rob Butler has joined a long list of people who are angry about the Oxford Road works, which mean we’ve got temporary traffic lights on the A418 until early October.
The MP says it’s an ‘absolute disgrace’ the company’s increased the number of lorries on the road, apparently without looking at the impact.
Local residents have told Rob that they received ‘little to no communication’ prior to the enabling works taking place.

The MP has contacted HS2 Ltd to seek urgent clarification on reports that HS2 Ltd did not undertake accurate traffic modelling on the Oxford Road, meaning significantly more traffic than expected has led to long delays for local people.