Red Kite Radio and Buckinghamshire loses one of the great gentlemen

Every now and then you come across someone who makes you take stock of what’s important in life.

Bill Bendyshe-Brown was one such person and we at Red Kite Radio are so happy to have known him. 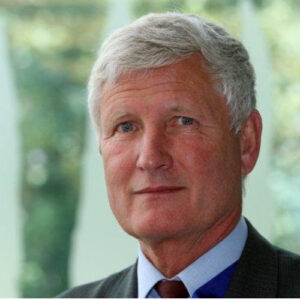 Unfortunately, Bill passed away on Sunday afternoon following a long illness that he had refused to stop him. He had a real “can do” attitude and was determined to live his life to the full whilst he still had the time.

Bill joined the Royal Air Force as a trainee Navigator at 19 years of age in 1967 and qualified two years later going on to fly in Canberra’s and Hercules. He later specialised in logistics but decided to retire from the RAF after 27 years’ service in the rank of Wing Commander.

He went on to form his own company specialising in scientific and security services work.

He successfully stood for election in 1999 to Wycombe District Council representing Princes Risborough where he served in many roles including Chairman of Council in 2010/11. He has also served on Princes Risborough Town Council as well as later being elected as a Buckinghamshire County Councillor in 2013. It was in his political role that Red Kite Radio first met Bill, when he was interviewed as he battled to re-open the tip at Bledlow.

Bill was very instrumental in raising the funds required to keep Red Kite Radio from closing last year, working tirelessly to obtain grants from local authorities to allow us to continue broadcasting. 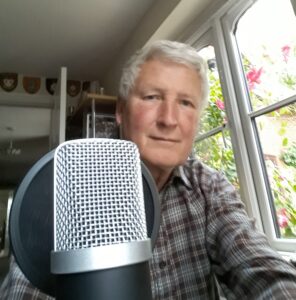 He was also part of the Red Kite Radio broadcasting team, being one of our regular newsreaders for the past twelve months and would regularly provide us with stories about what was going on especially in the Princes Risborough / Bledlow areas.

He was also a bit of a scamp. When asked by the then station manager why he had changed a news item in one of his very first broadcasts, he thought for a while, and then replied “Well I thought I could give it a bit more interest if I tickled it up a bit”

Although in a lot of discomfort, Bill refused to give up the role he enjoyed on Red Kite Radio and continued to read the news from his home until only a few days ago. A true professional, we will miss his drive, enthusiasm and wit here on the radio station.

Bill leaves two sons, both now in their forties, and has been married to his wife Eugenie for 48 years and our thoughts are with them on this sad day.