John Campbell, Thames valley Police Chief Constable, has reported on how his force is policing the lockdown after the National Police Chief’s Council released 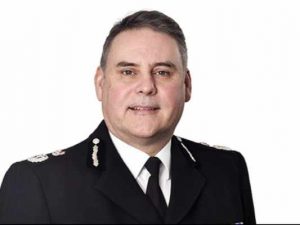 figures for the total number of fines issued since 27th March. During the period, Thames Valley Police handed out 219 fixed penalty notices. The Chief Constable thanked the great majority of the public for their support and co-operation.

In his statement, Mr Campbell said ” Since the new measures were introduced we have had thousands of positive interactions with the public and the overwhelming majority of people have had either a legitimate purpose for being out, or have listened to the advice given by our officers.
However, on some occasions we have had to enforce the legislation. In the last three weeks we have fined a total of 219 people of the 2.3 million population in the Thames Valley.
Most of the fines we have issued have been to groups, inappropriately gathering together in public places, or driving together in a car, for example ten fines were given to one group alone.”

More information can  be found here