At around 5.53pm yesterday evening the body of a woman in her sixties was located in woodland in the Watlington Hill National Trust Estate.

As a result of this a murder investigation has been launched. 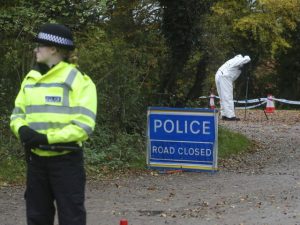 One man has been arrested on suspicion of murder, he remains in the custody of police but has been taken to hospital for treatment.

Senior Investigating Officer, Detective Superintendent Craig Kirby of the Major Crime Unit, said: “We have tonight launched a murder investigation following the discovery of a woman’s body in woodland earlier this evening.

“My thoughts remain with the deceased woman’s family at what must be a hugely distressing time.

“We are carrying out a thorough investigation to piece together what has happened to lead to this woman’s death.

“Officers have located and arrested a man on suspicion of murder, he is currently undergoing hospital treatment for serious injuries.

“We are appealing for the public’s help in our investigation and we are requesting anyone with information to please come forward.

“We are particularly keen on speaking to anyone who may have seen anything suspicious in the Watlington Hill area before or around 5.50pm this evening.

“At this stage we are also tentatively linking this incident to reports of a man acting suspiciously near the Fox and Hounds pub in the Christmas Common area of Watlington at around 3.30pm this evening.

“As such we are also asking anyone who may have seen a man acting suspiciously in this area or anyone who believes they have information that they think could assist us in our investigation to please get in touch.