Following a Thames Valley Police investigation, a man has been issued with a Criminal Behaviour Order (CBO) in Aylesbury. 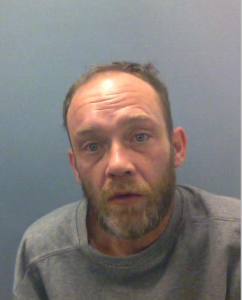 Richard Mitchell, aged 45, of Harcourt Green, Aylesbury was issued with the CBO following a hearing at High Wycombe Magistrates’ Court on Thursday (22/10).

The CBO, which will remain in place for three years, prohibits Mitchell from entering the Tesco Store on Tring Road in Aylesbury and refusing to leave a premises or area in Aylesbury Town Centre when asked by someone with the authority to do so.

“I would like to take the opportunity to thank the victims in this case who were affected by these incidents.

“I would also like to thank the staff of the Tesco on Tring Road and I hope that this order demonstrates that we will not tolerate behaviour which has a detrimental effect on local businesses.

“Indeed, we will not tolerate abusive or threatening behaviour against anyone in our communities and we will continue to take action to ensure that offenders face justice.”