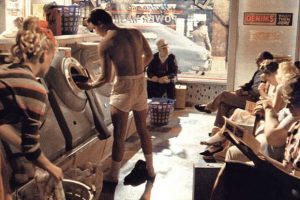 The model rose to prominence in the 80s, with pivotal photographer Ray Petri placing him on the cover of The Face.

Exemplifying the Buffalo approach, he was picked to appear in a sizzling, instantly iconic Levi’s commercial in which he stripped to his underwear in a laundrette.

Coming into the orbit of Madonna before pursuing a music career of his own, Nick Kamen reached the Top Five with debut single ‘Every Time You Break My Heart’ in 1986.

News of Nick Kamen’s passing has been confirmed by several sources, with no confirmation yet on cause of death.