It’s not just here that the roads are a mess

Confusion over Paris crossroads where all exits block non-local cars

When drivers reach the baffling junction, they see ‘no entry’ signs in every direction. They are also not allowed to turn around and drive back the way they came.
A social media video has highlighted a confusing crossroads in Paris where all the exits are marked ‘no entry’ to non-local cars.

The junction is in the centre of Paris at the meeting point of Rue de Rivoli, one of the city’s main boulevards, Rue du Pont Louis-Philippe and Rue Vielle du Temple.

Drivers, apart from taxis and local cars, can only approach the junction from Rue du Pont Louis-Philippe.

When they reach the crossroads however, they are met with ‘no entry’ signs in every direction. 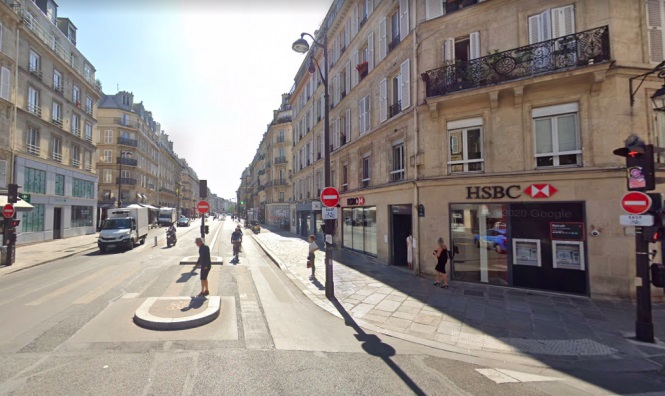 Access to the three exit roads is limited to cyclists, with one exit also allowing buses, taxis and cars driven by local residents.

As Rue du Pont Louis-Philippe is a one-way street, drivers are also not allowed to turn around and drive back the way they came.

Faced with an impossible choice, many drivers take the left-hand exit joining buses, taxis, and local drivers, but when they do, they quickly come into the view of a traffic camera.

The fine for driving down a road marked ‘no entry’ is €135 and drivers also lose four points on their licence.

Drivers may also be liable for an extra €135 fine for driving in a bus lane.

Traffic flow changed to make space for cyclists
The junction has been an issue for drivers for some months, a local worker told BFMTV.

The Mairie de Paris introduced 50km of new cycle lanes in the city after the first confinement in spring of 2020.

This included the Rue de Rivoli, which runs through the centre of Paris from Place de la Concorde to Place de la Bastille, where almost all cars were banned to make more space for cyclists and pedestrians.

He said a sign would be installed “very quickly” at a crossroads leading up to the junction to prevent non-local drivers from turning onto Rue du Pont Louis-Philippe.

He added: “In Paris, we have taken away space for cars for the benefit of pedestrians, bikes and public transport, as you see on Rue de Rivoli, to fight against pollution and protect our health.

“This means changes in traffic circulation.”