A farmer was trampled to death when he climbed into a pen housing 17 uncastrated bulls, an inquest heard.

Oliver Bowden, 56, died at Mill End Farm in Hambleden, Buckinghamshire on 5 May. 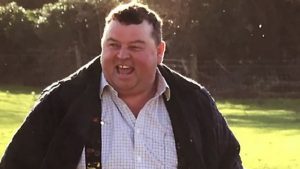 The father of four, who also had two grandchildren, was found in the pen by colleague Samuel Beer who called emergency services while trying to protect Mr Bowden.

An inquest jury concluded that he died through misadventure.

He died at the scene, having sustained fatal multiple injuries, including crushing to the chest and abdomen.

The jury in Beaconsfield heard the family had farmed the land since the 1930s.

Mr Beer said he found Mr Bowden after noticing a bucket and a shoe in the corner of the shed.

In a statement, he said he jumped into the pen and “saw Oliver lying on the floor”.

“He had blood all over his face and head. I couldn’t tell how bad his injuries were, but he wasn’t moving.”