Fairport Convention today announced that their annual music festival, Fairport’s Cropredy Convention, has been postponed until 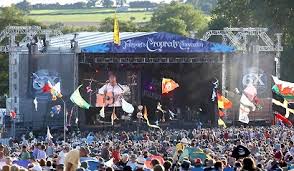 August next year. The move is in response to the continuing Covid-19 outbreak in the UK.
The three-day event had been scheduled to take place on 13-15 August this year. It will now be staged over 12, 13 and 14 August 2021 (the equivalent weekend) on its usual farmland site in Oxfordshire.
The line-up of acts will be carried forward: artists booked to appear this year have agreed to switch to 2021. Highlights include Trevor Horn Band, Clannad, Steve Hackett – Genesis Revisited, Richard Thompson, Matthews Southern Comfort and host band Fairport Convention.
Festival Director Gareth Williams said: “We have no alternative but to postpone Cropredy until 2021. The safety of our festival-goers, performers, suppliers, crew and local residents must come first.”
Tickets purchased for Cropredy 2020 remain valid for the rescheduled festival and Fairport Convention hopes festival-goers will hang on to their tickets for Cropredy 2021. However, the organisers are of course offering refunds to those affected by the postponement.
“The postponement is a financial blow to Fairport Convention,” says Gareth Williams, “so we urge everyone to keep their tickets and join us for a great weekend of music in 2021.”