Drugs, cash and vehicles seized as part of operation to combat organised crime in Buckinghamshire

Officers from Thames Valley Police have today (12/11) carried out a series of warrants across Buckinghamshire in order to combat and disrupt organised crime.

The warrants have taken place at addresses in High Wycombe, Bourne End, Marlow, Flackwell Heath, Farnham Common and Wooburn Green. There has also been one warrant carried out an address in Slough, Berkshire.

The warrants, which are part of Operation Riddler, have been the resolution of a year-long investigation into organised crime, focussing on the sale of illicit drugs and money laundering.

This morning, officers attended 19 addresses, so far making a total of 20 arrests, seizing significant amounts of cash and drugs, as well as vehicles, clothes and other items believed to have been purchased with money earned through criminal means. 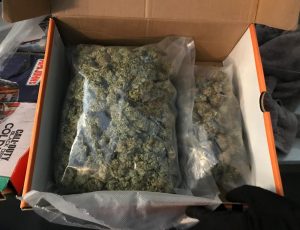 Senior investigating officer, Detective Chief Inspector Jonathan Chandler, based at High Wycombe police station, said: “This has been a significant operation which has come as a result of more than a year’s worth of investigation and intelligence gathering by a large number of officers.

“As a result of their work, we were able to identify a number of people and addresses we believe are connected to selling drugs across Buckinghamshire.

“I am aware that there have been some concerns in recent months about criminal activity at some of the locations we have visited today.

“I also know that a number of reports have been made to police about some of this activity. I hope that the work our officers have done today goes some way to reassure people that we have listened to their concerns and have taken action. We cannot always tell the public about the investigations which go on behind the scenes but rest assured that we take your reports very seriously and will take action when we are in a position to do so.

“Those who organise the sale and distribution of illegal drugs are a blight on our communities. We will not tolerate this sort of offending. It causes misery for a huge number of people in so many different ways.

“We will always do everything we can to combat those responsible, bring them to justice and seize the items they have earned by doing this.

“If you have any concerns, or wish to make a report about anything which you think could be linked to the sale of drugs, I would urge you to call Thames Valley Police using the online form on our website or by calling on 101.