Can you help Asher?

Local man Peter Charlton went to school at Sir Henry Floyd in Aylesbury and then moved to India to volunteer in a school out there. Whilst there, he met his wife Grace and, 45 days ago, they welcomed their baby Asher into the world. 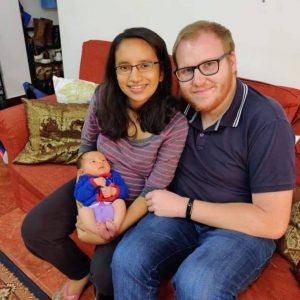 Tragically, Asher is dying. He was born with an undetectable condition called a mid gut volvulus that meant his intestines twisted together, became gangrenous and died. He has only 6cm left of healthy intestine, the rest had to be removed.

The couple have been told that an operation can be done to reconstruct Asher’s intestines in the UK, but doctors in India have said there’s nothing more they can do for their baby, with their only option being to take him home where he will die in a few months.

With costly travel documentation, insurance, specialist flights, accommodation and medical expenses, friends of the family have set up a GoFund me page to help cover some of the costs.

Over £100,000 of the £250,000 total has already been raised., Meaning an application for emergency travel documents have been submitted and an air ambulance flight is tentative for the 17th August.